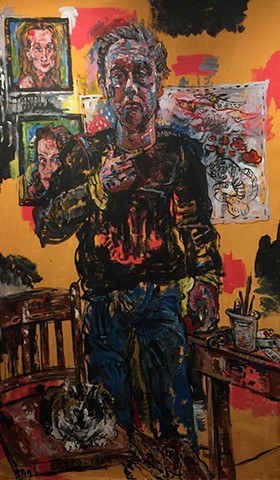 Self Portrait
acrylic on canvas 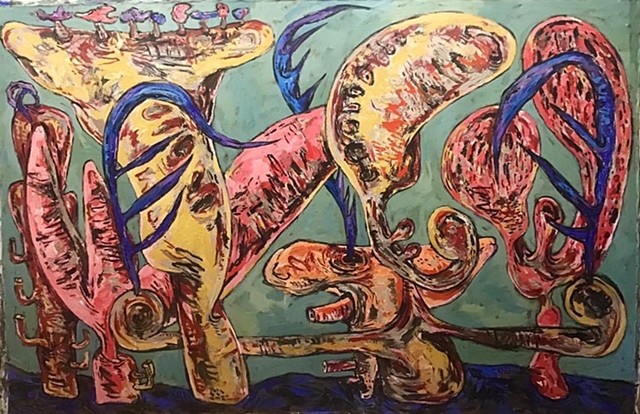 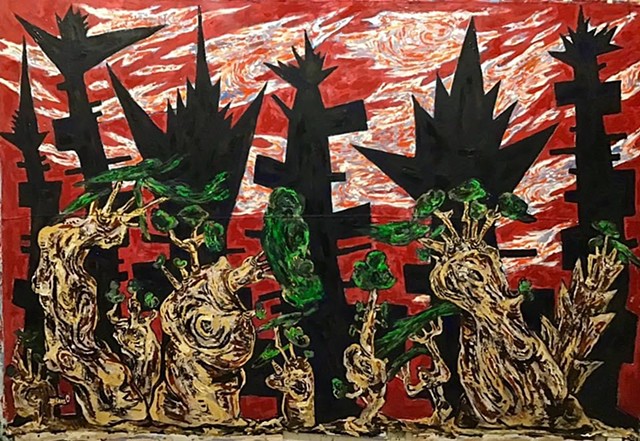 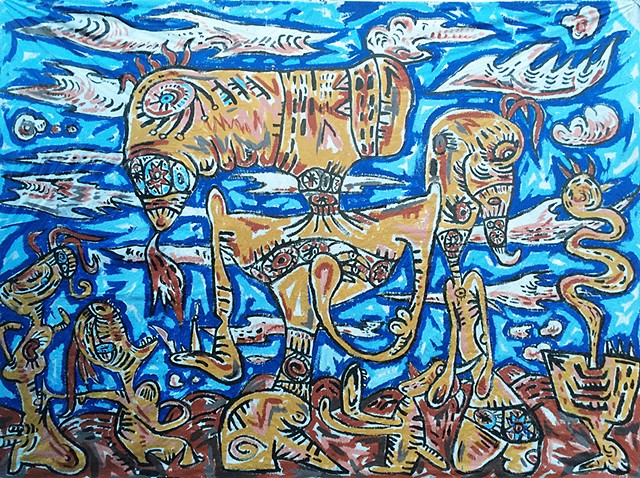 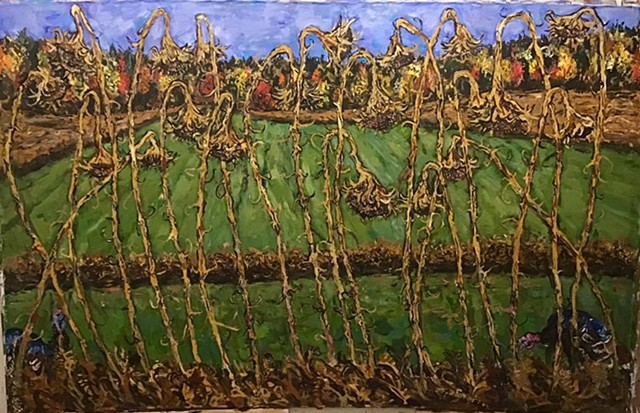 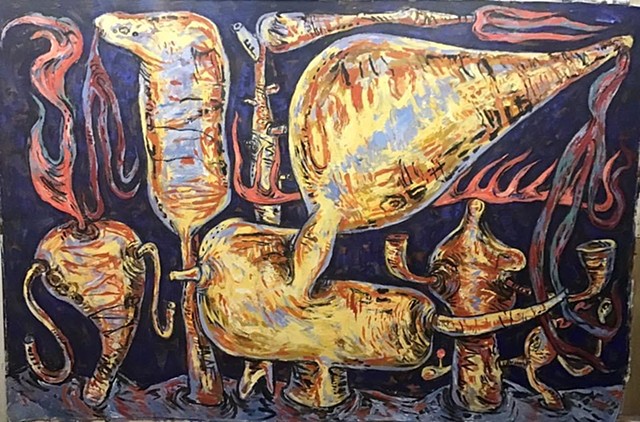 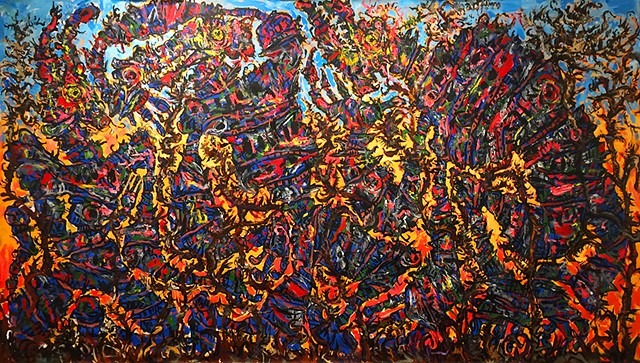 Monsters in the Weeds
acrylic on canvas 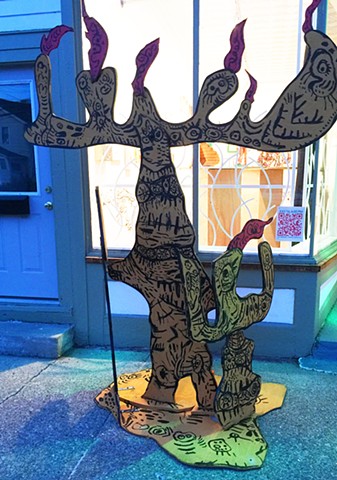 “I try to make the paint the image the shape live. The result has occurred like something in nature an event like the weather. Craft has a role but not to call attention to itself..”

Gary Mayer got a BFA from Wayne State University in Detroit, receiving an MFA from the Maryland Institute College of Art, studying under Grace Hartigan where he was her graduate assistant .

Gary’s work has been described as impactful and frenetic, kinetic but underneath is a framework built on a rich study of nature, of literature and of the history of art. Gary is prolific at all. His work is both lyrical and dark, sometimes using cartoon line a and sometimes highly expressionist brushwork. He has developed a broad organic vocabulary of forms which he reworks with a mastery of stroke whether it be a brush, a marker, or colored pencils. In 1982 he moved from his native Detroit to New York City where he exhibited at Exit Art. His work has since appeared in shows in his native Detroit and other parts of the country.