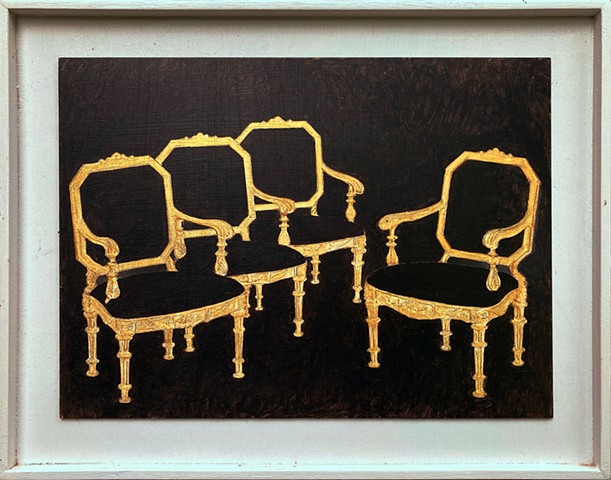 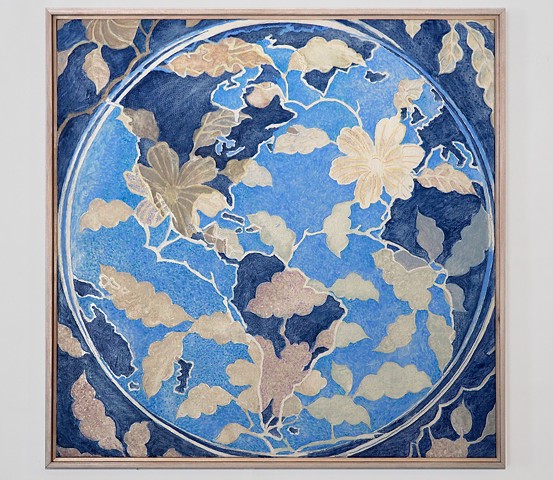 Blue Tile I
acrylic on panel 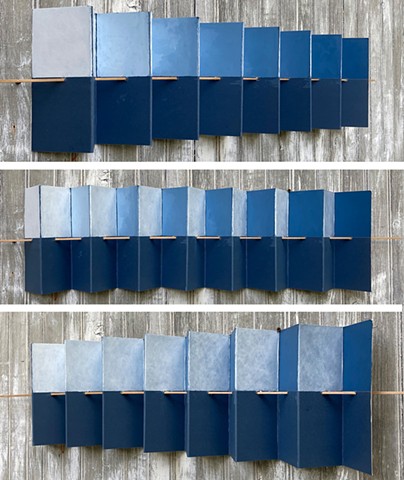 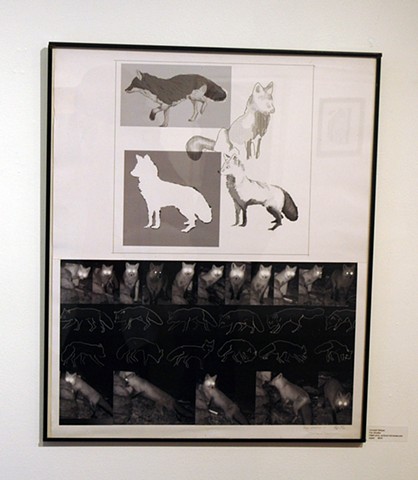 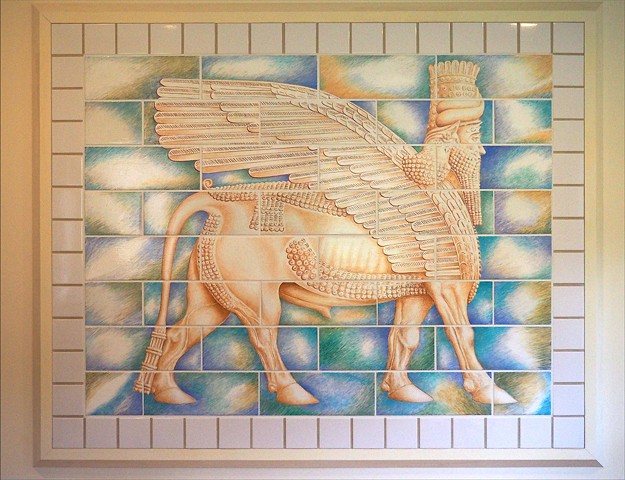 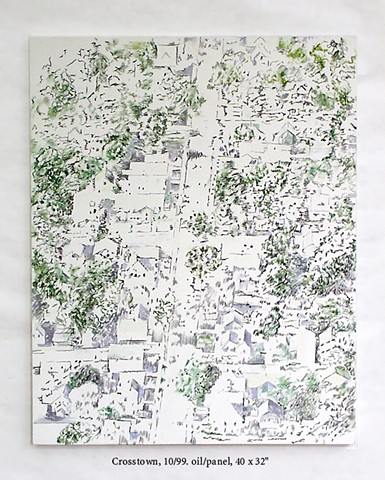 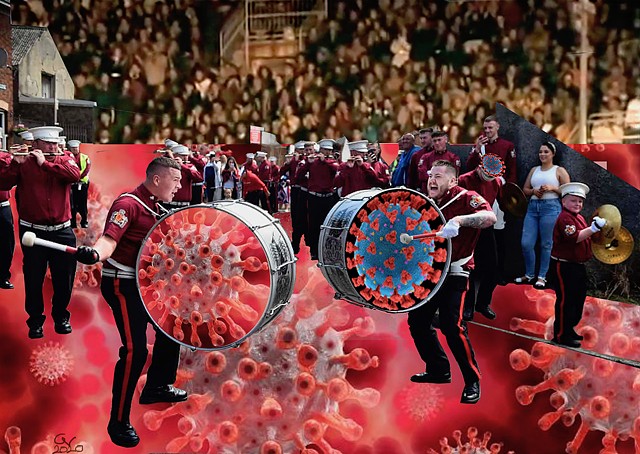 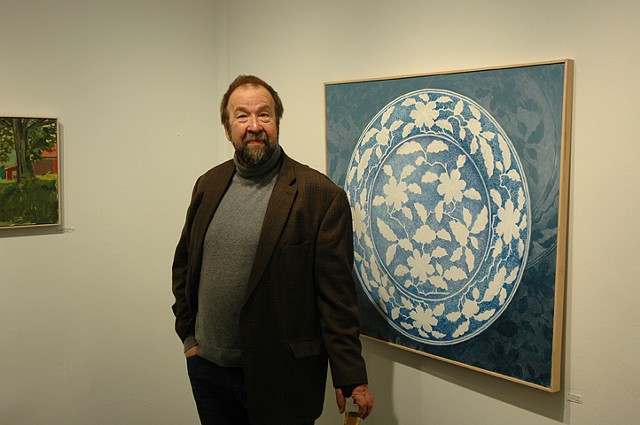 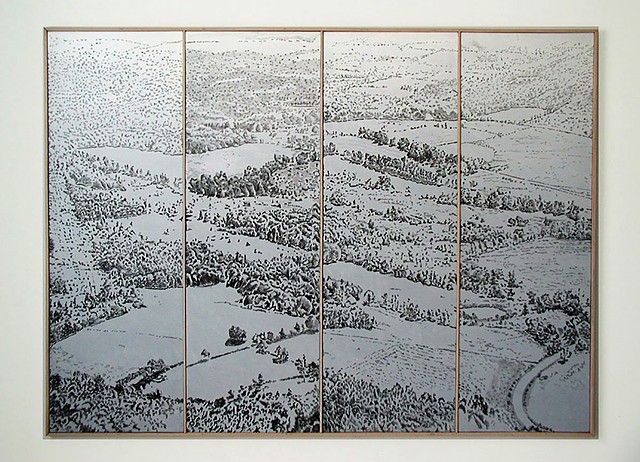 Corneel Verlaan, was born in the Netherlands and lives in the USA since 1970. He attended The Vrije Academie, The Hague; The Ateliers in Haarlem and received an MFA from Indiana University, Bloomington, Indiana. Mr. Verlaan worked and exhibited as an independent artist in New York City and operated Seifert Verlaan Inc, …

Corneel Verlaan’s recent solo exhibition, “Intersections,” relates to the artist’s belief that painting involves “the transformation of three dimensions— Reality, Imagination, Physics—to Two, a flat plane that becomes an object in the real world.” While continuing to survey and paint aerial space with a horizon, Verlaan says that he remains “fascinated by a straight vertical point of view, especially as a way to observe the earth itself.” After recently encountering a group of vertical aerial photographs by Gerco de Ruyter, another Dutchman, Verlaan says he was immediately inspired by the way they revealed “multiple varieties of soil colors and formations, agricultural uses and tracks,” and thus “started at once on a series of paintings that share a central roadway, with one or more crossroads separating the visible characteristics of each plot of land.”

International exhibits Corneel Verlaan has exhibited widely in both solo and group shows locally at the Longyear Gallery in Margaretville, the Roxbury Arts Group, The Erpf Center of The Catskill Center for Conservation and Development in Arkville, “ArtUp” in Andes, and the “Itty Bitty Biennale” in Kingston. He has also had solo exhibitions at the Galerie Rehorst, The Hague, Netherlands and the Mariendael Foundation, Eindhoven, Netherlands and two traveling exhibits of photographs of Delaware County, one of theatre events and the other of every town in the county from the air.