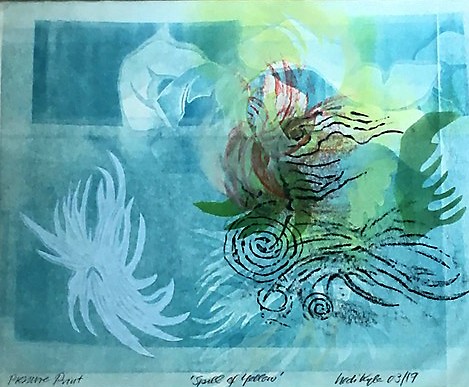 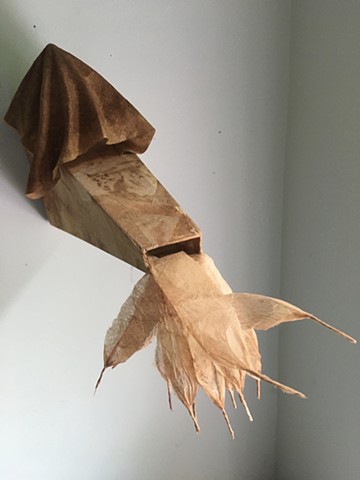 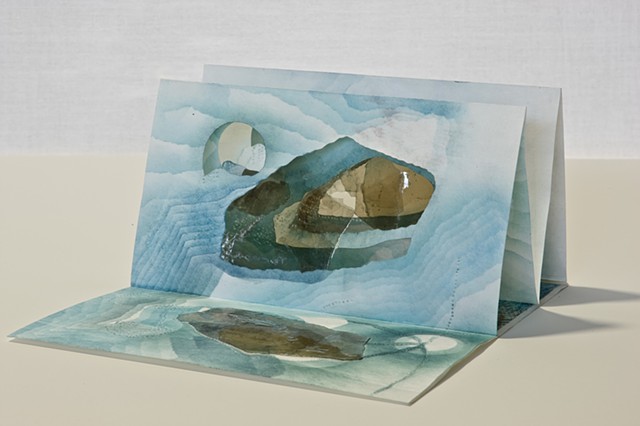 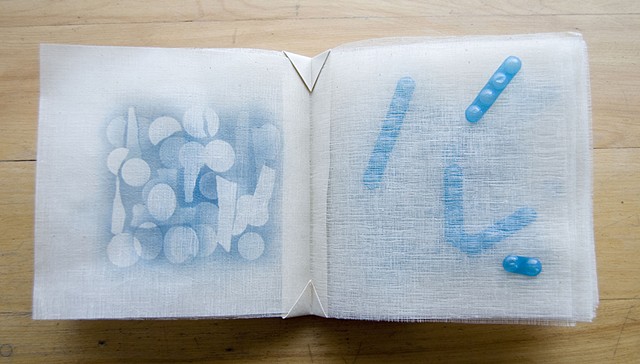 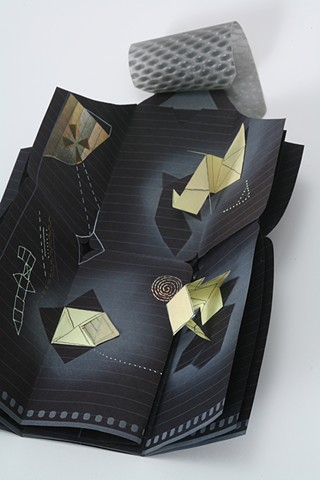 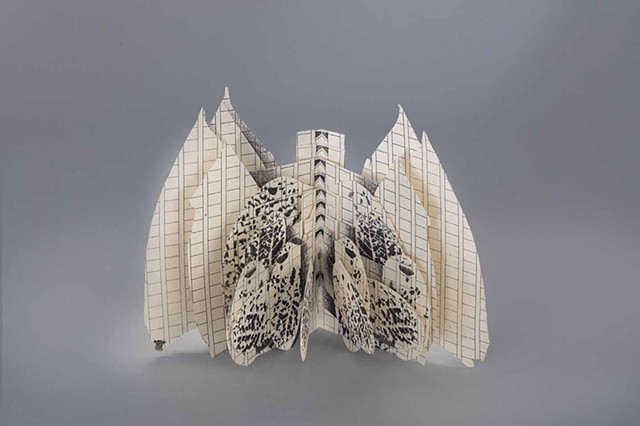 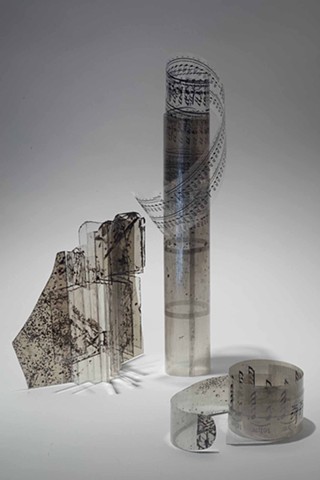 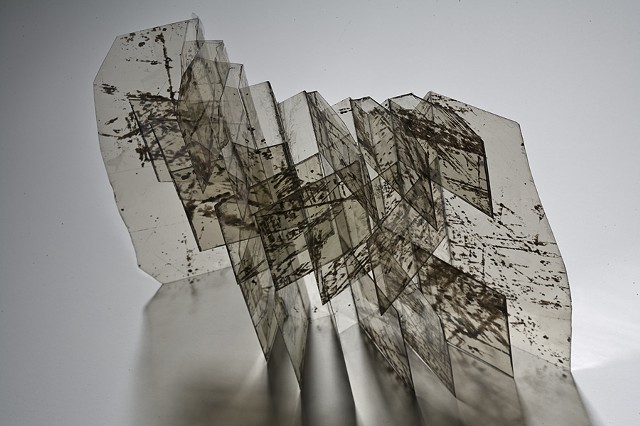 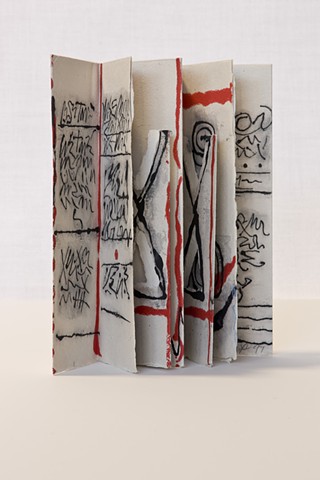 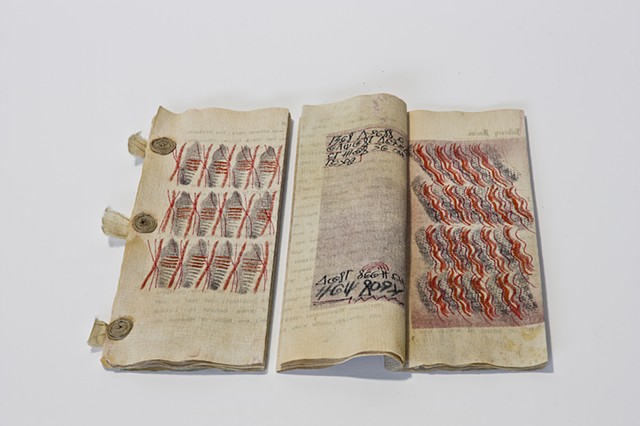 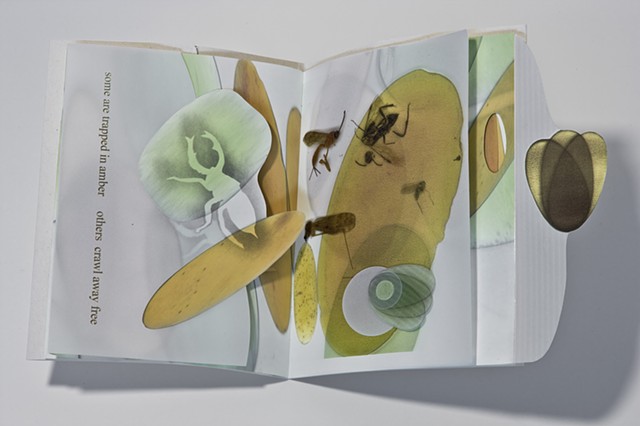 Some Are Trapped...
artist book

My work focuses on the book as a three-dimensional object that still holds features of historical examples. I am drawn to lesser-known book forms that have come to light as a result of scrutinizing the holdings of libraries as a book conservator and being made aware of unusual findings by colleagues and curators. I digest what I see. I experiment, divert, re-build and alter. I feel free to concoct structures that display content beyond words and images. My concern is to keep the book alive as a mechanical object of extraordinary diversity.

Biography Hedi Kyle was born in Berlin in 1937. During World War II, she and her family relocated to various parts of Germany while her father served in the army. After the war, the family was reunited and moved to the island of Borkum in the North Sea where her father, a marine biologist, taught and conducted marine research. Hedi, as a young girl, discovered her love for beach flotsam and jetsam, and began collecting strange and unusual materials, a habit which she continues to this day. She graduated in 1959 from the Werk-Kunst-Schule in Wiesbaden, Germany with a degree in graphic design and after a year spent painting in Greece, she was subsequently employed as a commercial artist in Frankfurt. In 1962, Hedi immigrated to the United States, settling initially in a loft in lower Manhattan with her husband and infant son. They found their way to San Francisco and Berkeley, California during the heyday of the 1960’s and, while raising two children, Hedi began experimenting with macrame, dying and batiking fabric, and other fiber arts popular at the time.

The 1970’s found Hedi once again in New York, now a single mother with two children and in need of a career. A serendipitous job in the library at the New York Botanical Garden opened up and soon offered her additional training with conservator and master binder, Laura S.Young. She began teaching book arts workshops at the Center for Book Arts in lower Manhattan. Her workshops began to garner a following as she expanded her reach all the way back to California. In 1983, along with Timothy Barrett and Gary Frost, Kyle co-founded the Paper & Book Intensive, an annual series of bookbinding, papermaking, and conservation workshops, now in its 35th year. In the mid 1980’s Kyle moved to Philadelphia where she worked as a book conservator for the American Philosophical Society and simultaneously taught the masters program in Book Arts at The University of the Arts in Philadelphia until her retirement from those two institutions in 2003 and 2010, respectively.

Throughout the past four decades, Kyle has come up with new and innovative ways of assembling books, often informed by traditional bookbinding techniques, while pioneering new approaches to structure. In 1993, the Center for Book Arts held an exhibition "Hedi Kyle and her Influence: 1977-1993" which featured work by Kyle and twenty contemporary book artists influenced by her. In 2015, the 23 Sandy Gallery in Portland, Oregon held an exhibition entitled "Hello Hedi" featuring the work of 56 international artists making works inspired by Kyle.