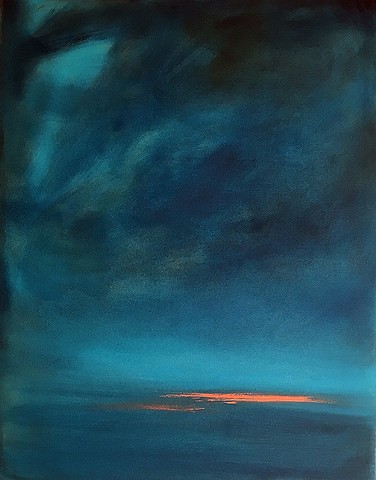 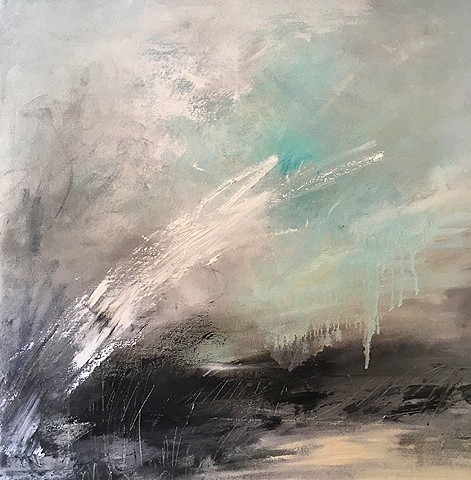 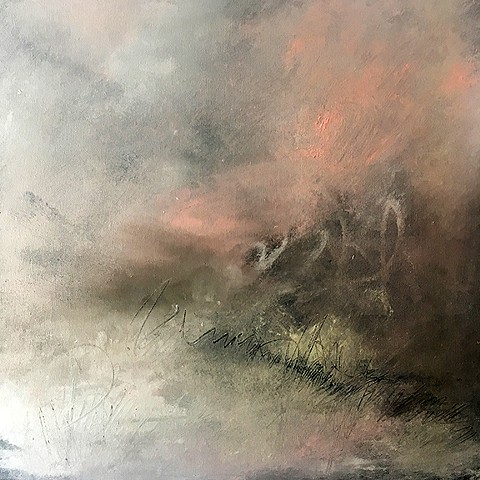 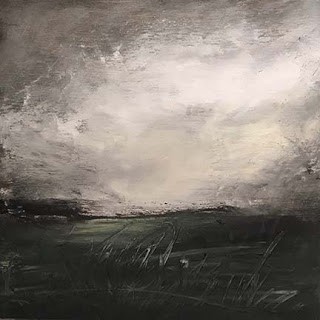 Wander I
oil on canvas 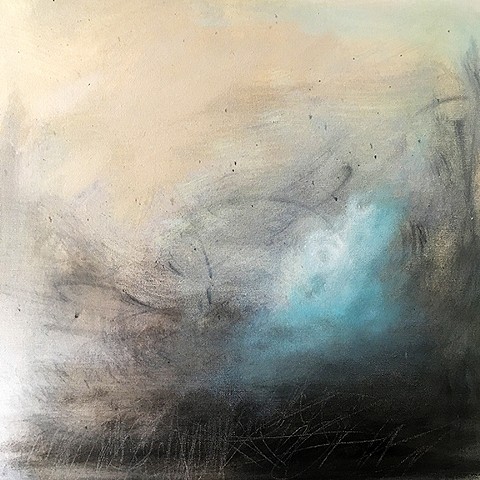 Upside Down
by ANN LEE FULLER
Oil on canvas
20" square 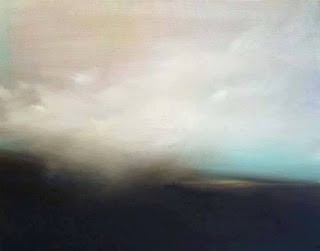 The Rain Came
oil on canvas 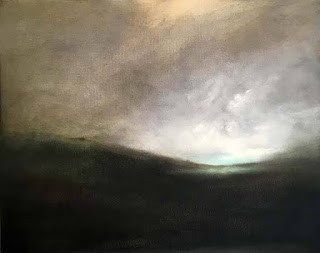 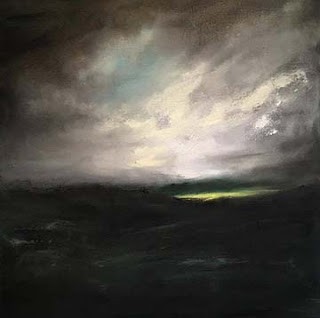 Not So Black and White No. 9
oil on cradled wood panel

My work might be viewed as a combination of literal and abstract, a meeting of contrasts. The paintings are inspired by the intrinsic abstraction of the sky with its unique moments of light, layer, and color. For me, the sky is a metaphor for time, as each moment has never happened before and will never happen again. My aim is to stir feelings of longing, promise, and the passage of time, while my process has become a response to color, suggesting rather than spelling out detail. MY paintings have been called “dream-like”, composed of generous skies, mist shrouded mountains, and low horizons. None of the works are of actual places. They all are bits and pieces of observation stored in my mind’s eye. I am strictly a studio painter. I often get so deep into the work that I lose all perspective about whether it’s good or not, whipsawing back and forth between the extremes – it’s the best painting I’ve ever done, it’s the worst. I may walk past a painting in progress and shield my eyes so I don’t have to look at it, and won’t spend hours changing something that I might regret and want to change back again tomorrow. Other times I will sneak up on it for a look, as if the painting would somehow change if I approached directly, or I could surprise myself and see it anew, deciding then if I liked it. I haven’t always been a painter. After receiving a Bachelor of Arts degree in Fine Arts from Keuka College where I was trained in the classical style of painting, I became a Kindergarten teacher. Later, I studied illustration and design at The Corcoran College of Art in Washington DC, and digital painting at the Pratt Center for Computer Graphics in New York. In the early 1970’s I began a career in Graphic Design starting as an “apprentice”. Eventually I became Vice President, Director of Graphic Design at Fulton & Partners Inc. and Design Director of ID Magazine in New York where I worked from 1973-1987 before founding Fuller Design Inc. My work has been cited for excellence by The Society of Illustrators, American Institute of Graphic Arts, "The New York Times", "Communication Arts Magazine", "Print Magazine", and The New York Art Directors Club among others. Paintings have been shown at: Munson Williams Proctor Institute, Utica, NY; Minnetonka Center for the Arts, Wayzata; The Catskill Center Erpf Gallery, Arkville, NY; The Roxbury Arts Group, Roxbury, NY; Enderlin Gallery, Roxbury, NY; Wawaka Gallery, Halcottsville, NY; Longyear Gallery, Margaretville, NY; The Other Half Gallery, Vero Beach, FL; Vero Beach Museum of Art, Vero Beach FL