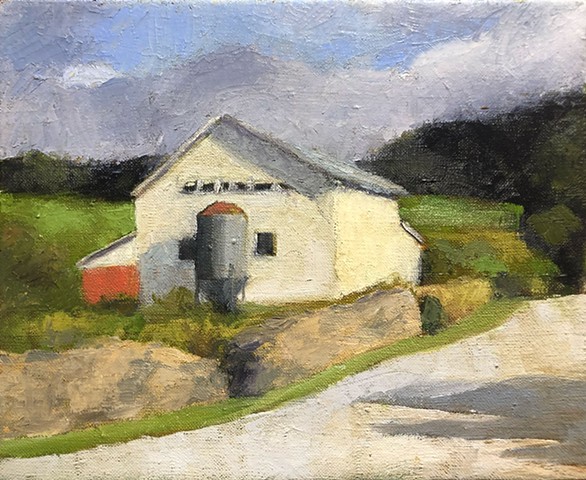 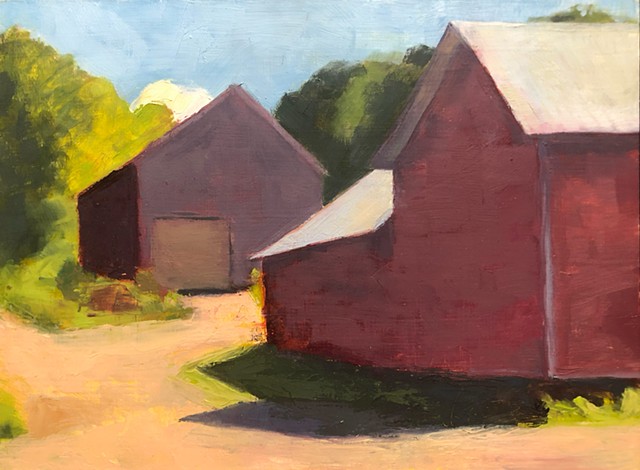 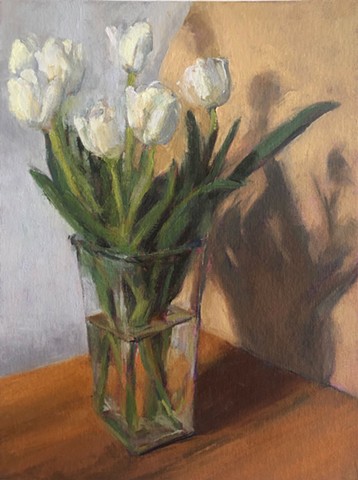 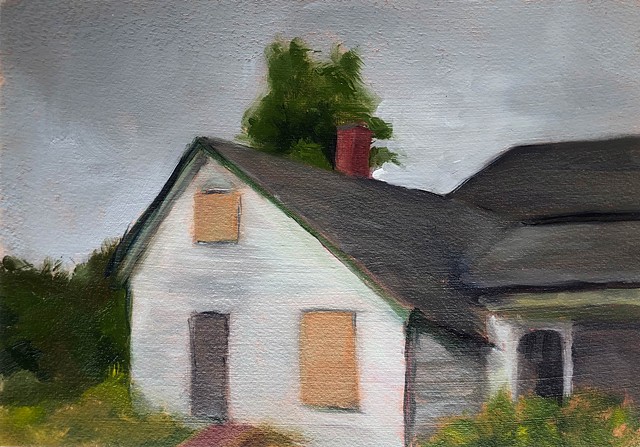 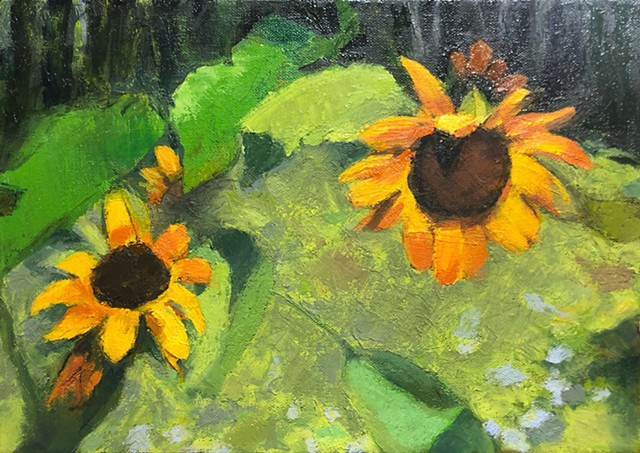 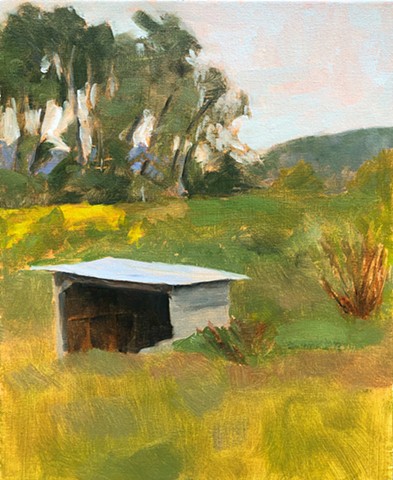 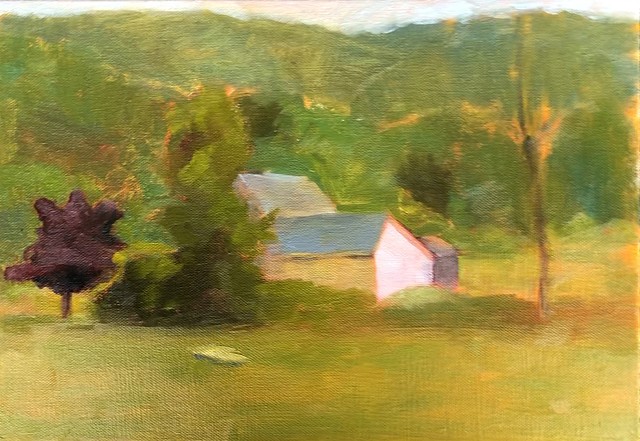 While working as a graphic artist and web designer in New York City, I took a  watercolor class with Alix Travis in Halcottsville, where we had found a nice summer home. I became really absorbed with watercolor but after a while went back to oil painting, which was my area of focus in college and really my favorite medium.  Back in NYC I also studied with Nicholas Evans-Cato, painting plein air on the city streets. My current paintings are a mix of Catskills plein air, NYC street paintings, flowers, still lives and lately, abstractions.  I’m not sure where I’ll land but I’ve noticed that when painting plein air up here in the Catskills I’m drawn to the human made elements in the landscape, rather than grand views. Especially the structures that aren’t in use anymore. They are melancholy and beautiful and evocative of all the life that has transpired in them. I think there’s a connection to visiting my grandparents at their old cottage in Ireland when I was a child. Across the stream from my grandparents place there was an empty, falling down house that had held a big family when my mother was a girl. There were scattered belongings including a teapot with a bullet hole through it! It was a real source of wonder for me. And now my grandparents house is abandoned too.  I studied painting at the University of Connecticut. I’ve also learned a lot from Elizabeth O’Reilly and Henry Finkelstein at the Art Students League.