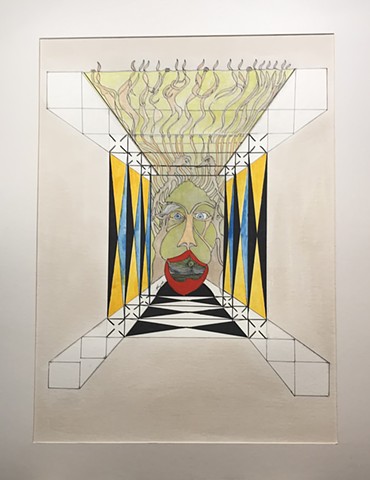 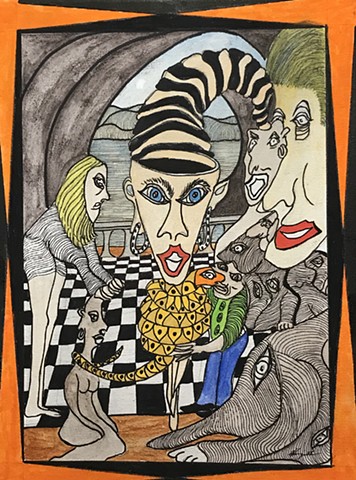 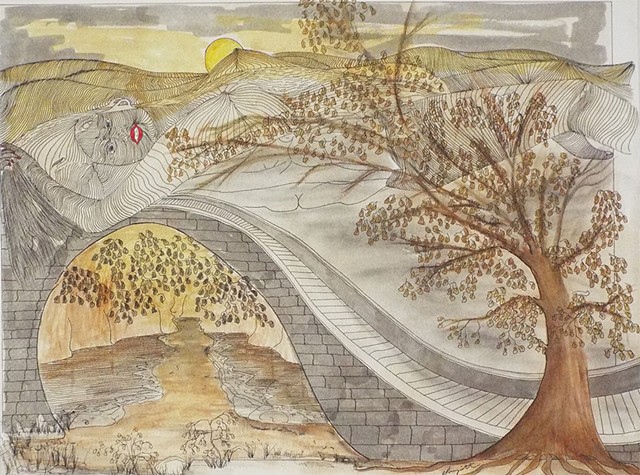 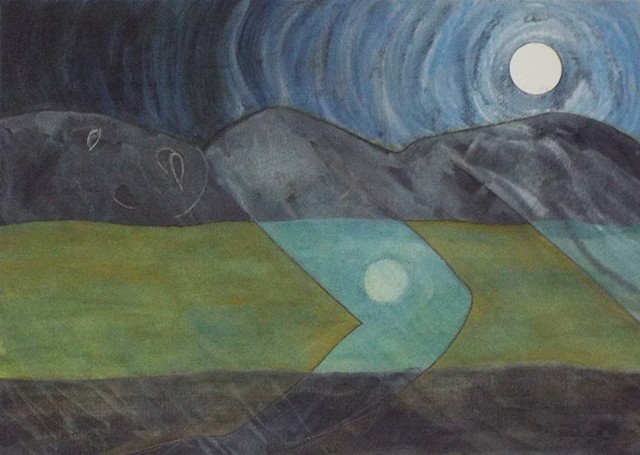 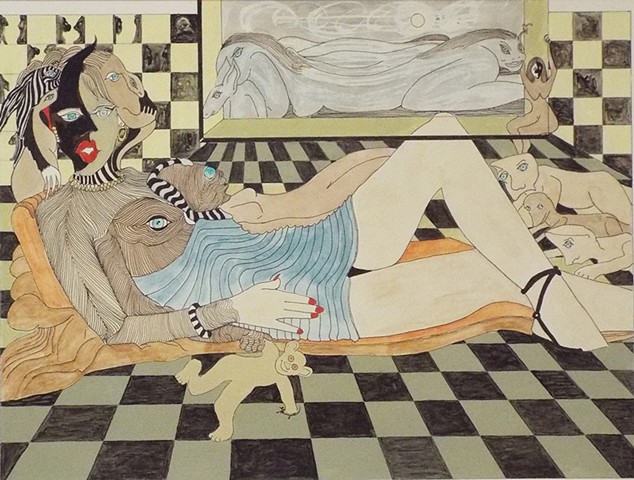 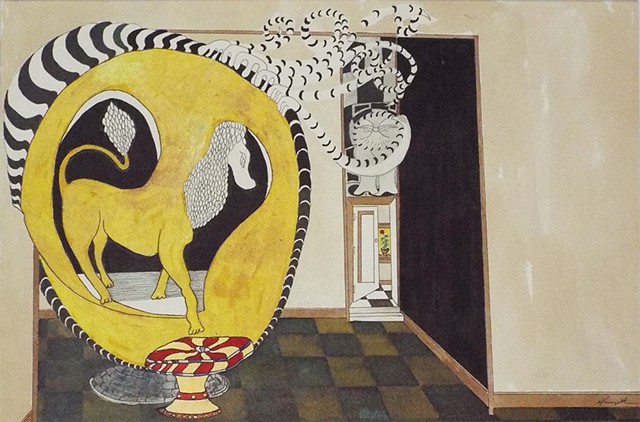 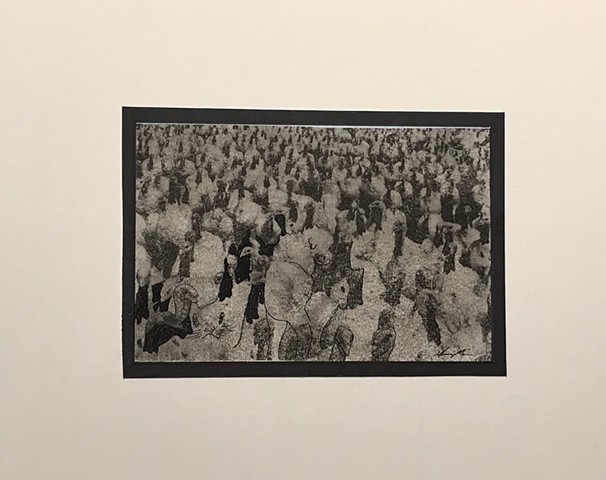 Fowl, A Cat and Others by Anthony Margiotta 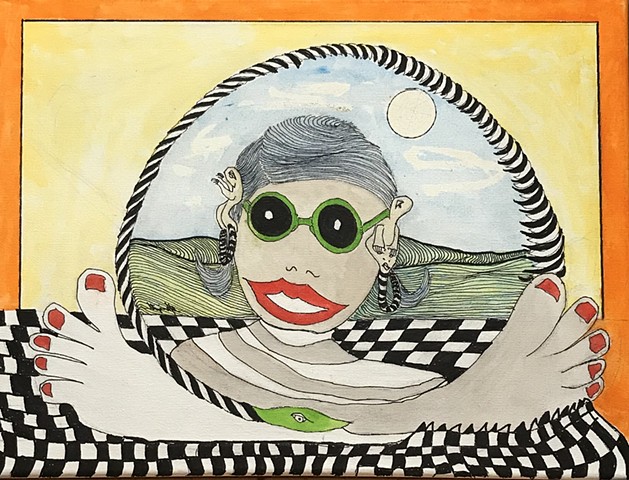 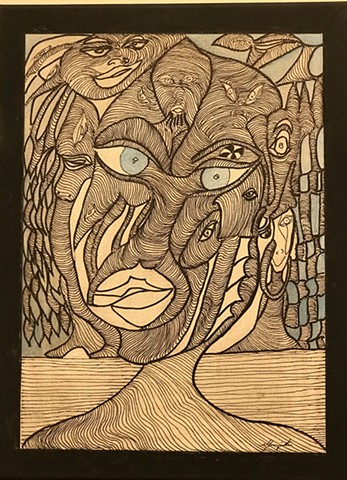 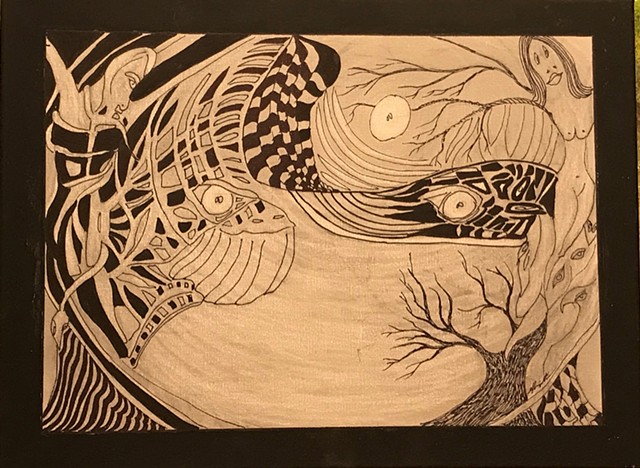 No Masks, Gloves, Gowns, PPE and No Organization
by ANTHONY MARGIOTTA
Ink on canvas
12" x 16" 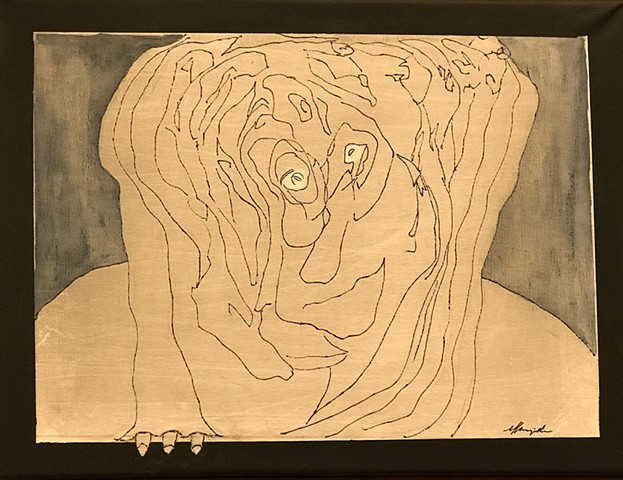 The tangential nature of my work is the physical manifestation of how my mind switches from medium to medium. Each switch is an attempt to find a way for the ever present demons of life to exist within some mesh of prescribed “normalcy”. I am interested in how humor and the grotesque can coalesce into imagined worlds of visual drama. At the same time, within these imagined worlds is the tension between rich patterns and empty space – between the recognizably real and the distorted.”

Bio Tony was born in Saugerties, New York, in 1947. Having no formal training, Margiotta draws inspiration from his surroundings—the dense forests of his home in the Catskill Mountains, the urban landscapes of New York City—and the fantastical formations of his mind. Margiotta’s early life took him to college in Maine and upstate New York, before serving in the United States Military, and finally settling in Westchester. Retiring in 2005, Margiotta and his wife moved to Halcott Center, New York, where he found a flourishing and receptive local arts community. Since moving to the area, Margiotta has displayed his work in a solo show at the Zoom Gallery (July, 2013) and solo and group exhibits at The Arts Upstairs Phoenicia 2013 – 2014 - 2015, and in group exhibits at the Woodstock Artist Association and Museum (2013 – Present), where he is a active member."  Participant in AMR Open Studio Tour 2014 - Present . Group exhibits Commons Gallery Margaretville December 2014, April 2015, June 2016. Two person show Oreo 9 Woodstock May 2015. Two person show New World November 2015. Admitted as member of Longyear Gallery coop June 2016 – Present. email: Tangentart47@gmail.com