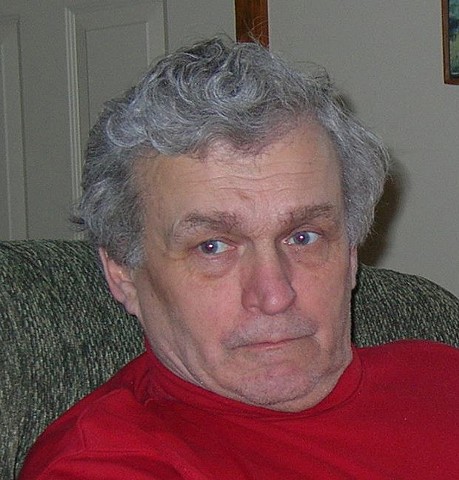 In Memoriam John Booth Hopkins 1939 - 2017 My mother was an art teacher. My dad, a German major at Williams College, also trained as a concert pianist, was a landscape painter by avocation and a dairy farmer by choice. My early experience of visual art was Art History a la mom and dad, a history that stopped short with the Post-Impressionists. Thus, it was a new world that opened when I went to Art School and discovered the Abstract Expressionists, the Tenth Street crowd and the New York City scene, the center of the world art market. This was also the Vietnam era and there was a dramatic shift occurring at that time in the art world as social criticism became a major focus. My first year or so in art school was heavily influenced by Peter Busa, a lesser known abstract expressionist and a fine teacher. He left the school and was replaced, along with some others, by a young group of serious painters, draftsmen and printmakers. The resulting education was a heavy dose of traditional training in drawing, painting techniques, design and print making for which I will always be grateful. Like most of my peers I was caught up in the sixties passion for the big idea and search for better answers. It was only a number years later that I realized that it is easy to be passionate about big ideas that have no practical relationship to day to day life. It is easy to love mankind and not to so easy to get along with your neighbors and coworkers. In short I stopped looking for the answers to the worlds problems and started looking for the answers for my life. It seemed to me that the great social critics’ works were powerful because they were there. Goya saw the disasters of war. Daumier was drawing very current realities. Picasso was very much involved in the Spanish civil war and thus the power of ‘Guerinica” was also very real and immediate. I found that my passions about big ideas were artificial, based on other peoples’ experience, not my own, and that in that sense the work I was producing at that time was also artificial. I stopped painting and set about earning a living and even there I could not get away from the arts for long. I became a community planner with hopes that I could do public design. When my lack of technical drafting skills became an impediment I left the field and became a jeweler, apprenticing for a year to Bernard Kelly, then setting up my own business. There are fourteen buckle designs I created for Buckleworks in Cotuit Ma. which are still available. For the last twenty five or so years I have been a landscape painter. I am presenting here current work from my most recent solo exhibit here at the Longyear Gallery. Looking back over my work from the 1960’s into the 1990’s it is only after a major illness in 1992 that the work began to become a coherent body of work. Even then the work lacked what I always look for in my work, a personal imagery that speaks as much about my feelings and internal realities as it does about the subject. It was only in 2001 when I was diagnosed with a very serious form of cancer that the work began to express what I was looking for. At first, my anger at what I was dealing with, and then just a passion for expressing my connection to the environment. And so, my work is in a real sense about the smell of moist earth in early spring, clean air after a summer shower, sunlight warming my back, the sound and odor of leaves crunching beneath my feet on a fall day: it is about these almost primal connections I have with the earth. It is my intent that each work have clear sense of time and place, a “here now” if you will, and at the same time be filtered through all those sensory experiences that are the sum of who I am. Dialogues After I requested this particular time slot for my show last summer. I found that for most of the winter I was dealing with a major illness. Thus, I needed to rethink what I could or would use in this space. I started by looking at old work that I might use and found that most or all of that work was, in my evaluation, not complete. In short, I may have thought it was finished, but from my current perspective, I felt it needed to be reworked. This thought process made me think of Albert Pinkham Ryder, who often worked on a piece for as much as ten years. He would sell a piece and not let the buyer have it because he felt it was unfinished. He often sprayed varnish over still damp oil paints in order to continue working on them. This process of layer after layer of uncured paint all drying at different rates, combined with the fact that he used a number of bituminous based colors which tended to bleed, fade and change color has made his iconic work extremely difficult to restore. Fortunately acrylic paints don’t cause those difficulties. And so I began reworking older pieces that I was not happy with. I always feel that when I am working that there is a dialogue which exists between me and the canvas. I have a sense of what I would like to have happen within a given piece, but the canvas seems to have its own sense of direction

Thus, that conversation, while visual rather than verbal, works toward completion. Often the finished piece is only finished as seen from my perspective at the time. As I began to rework and reestablish the dialogue with each piece, I again worked toward a balance, a conversation completed, and in doing so realized that the conversation is never complete. The artist will always have new perceptions, understandings and knowledge to bring to the work, but there is time to say enough. Let the viewer have his own dialogue. Let the work stand or fall on its own. BIOGRAPHY John Hopkins studied art at the Swain School of Design and the Boston University School of Fine Arts, where he earned a BFA. His work has appeared in solo exhibitions at the William Crapo Gallery, New Bedford, MA; Cape Cod Community College, Hyannis, MA; the Delaware County Historical Society, Delhi, NY; the Catskill Watershed Committee Offices, Margaretville, NY; the Andes Society for History and Culture, Andes, NY; the Roxbury Arts Group, Roxbury, NY; and the Woodstock Artists Association, Woodstock, NY as well as in many group shows.