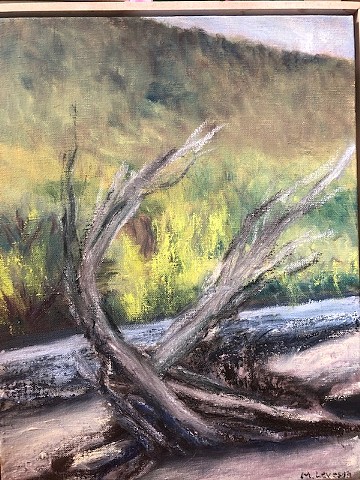 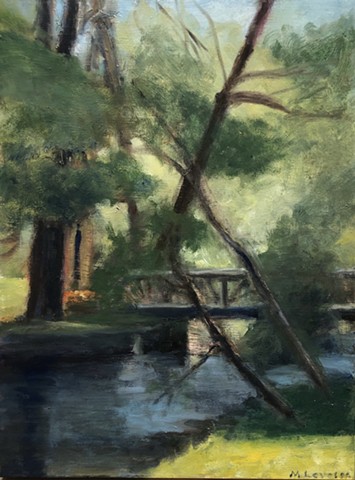 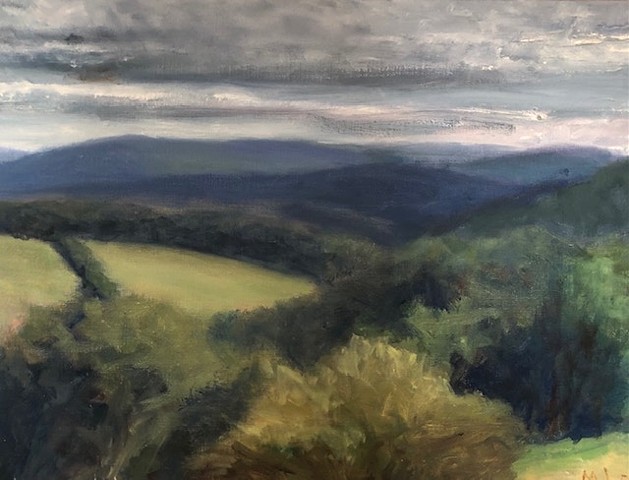 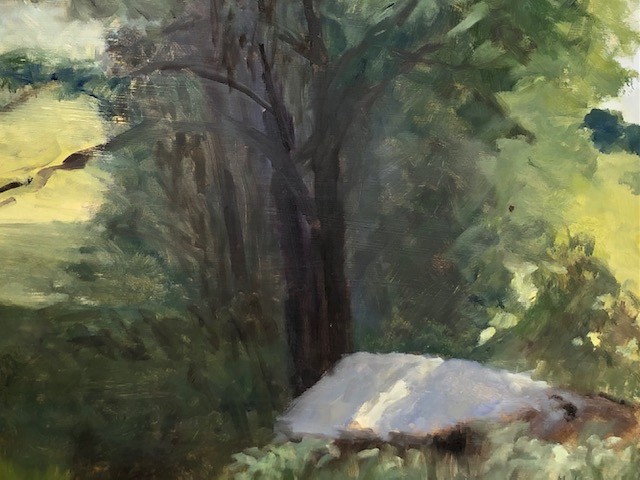 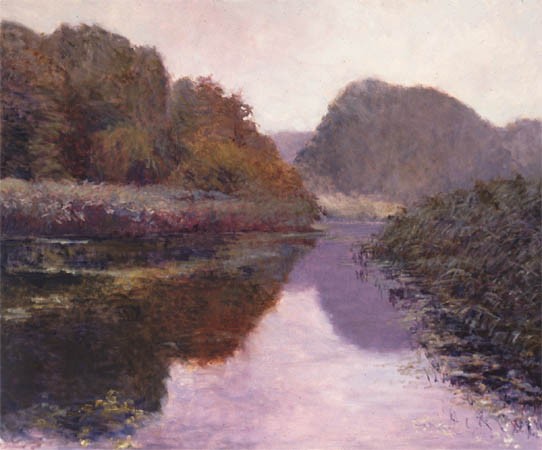 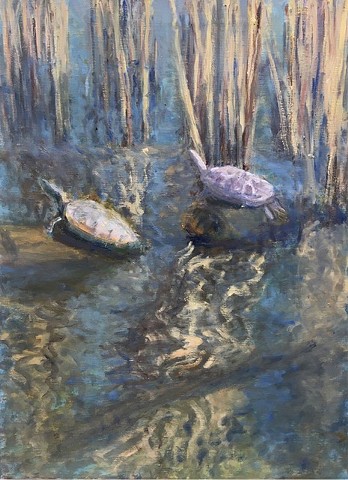 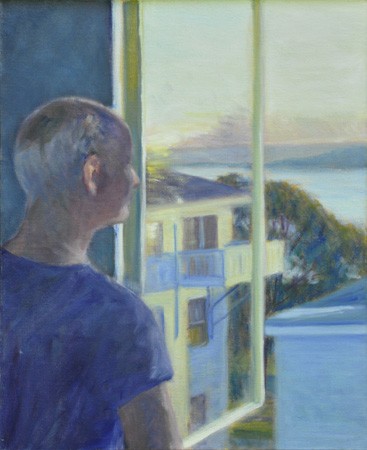 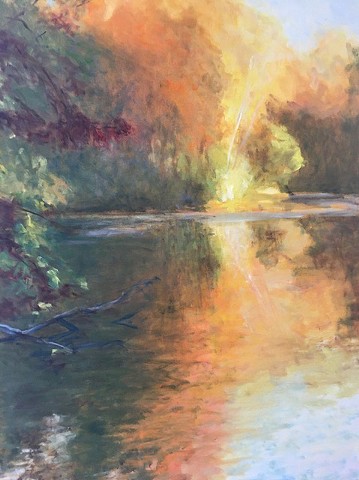 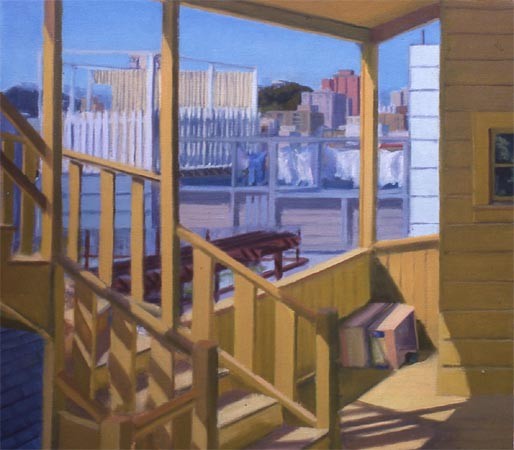 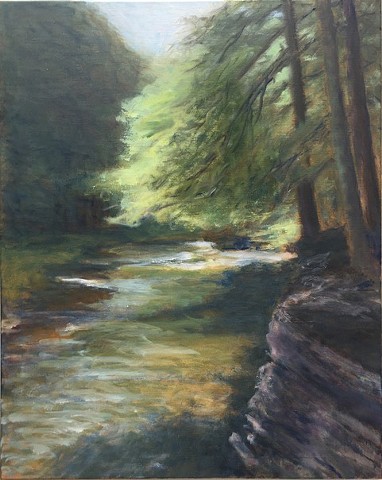 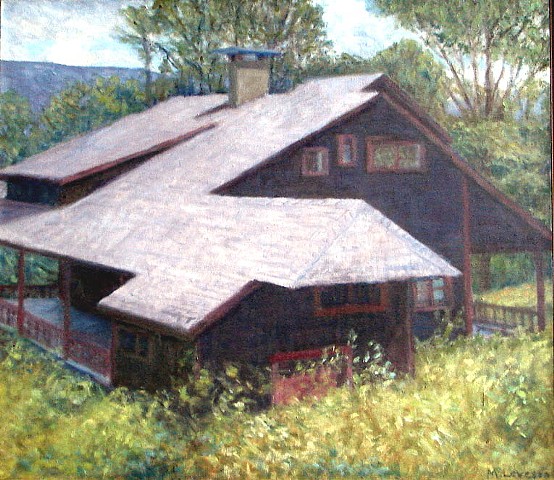 I was trained in art history at the University of Toronto and then worked as a curator at the Vancouver Art Galley in British Columbia. Deciding to further my career by continuing my education, I went to New York to study at the N.Y.U Institute of Fine Arts. At the time, New York to me was Manhattan, but then I discovered Brooklyn, where I have lived ever since. Coincident with my move, was the realization of a long held desire: to shift from studying about painting to painting myself. I enrolled at the New York Studio School and eventually took an MFA at Brooklyn College. The first exhibition of my paintings was held in 1978 at The Work of Art, a gallery on Atlantic Avenue in Brooklyn. Soon after, I became a founding member of Blue Mountain Gallery in Manhattan. However, even though now exhibiting in Manhattan, Brooklyn continued to be what I painted - particularly industrial Brooklyn around the Gowanus Canal and the seedy but evocative stretches of Flatbush Avenue near the approaches to the Manhattan Bridge. Later, I began to explore Brooklyn's Prospect Park, having acquired amongst other things, a large dog which needed daily exercise.The park was a vast and rich landscape waiting at my fingertips. I initiated a series of paintings, the first of which were exhibited in 1998 at the BCUE gallery in the Tennis House in Prospect Park, and to which I continued to add over the years. My interest in landscape was expanded by the purchase in 1977 of 25 acres and a summer house in the Catskills, where I now spend half of each year. I immediately began to shape the land around me. I terraced the steep slopes of the property with flagstones taken from collapsed 19th century stone walls and built flowerbeds and a vegetable garden. These, along with the surrounding mountains, streams, valleys, and farms, as well as rural and small-town buildings became further subjects for my work. My Catskill paintings have been exhibited both in Blue Mountain Gallery and in the co-operative Longyear Gallery, in Margaretville, NY, of which I was a founding member. My paintings focus on light. It is the mystery of form revealed by light and shadow that draws me to a particular subject. I lock the forms together in stasis, but the effect is illusory. Although objects are caught in time and space, the stasis vibrates with life. Thus, each painting encloses a paradox. Analyze it too closely and it dissipates. Allow the encounter to be suffused with the oblique penetration of reverie and the paradox expands to envelop and reinvent the viewer. During the summer, I principally work plein air, painting directly from what I observe. In the winter, I work in my studio from my sketches and photographs.